Google surprises us every single day. What was probably a science fiction just a few years ago, today is not just reality but also right there in our hands (yes this feature is coming to both the iOS and Android versions of Google Translate, so iPhone lovers are not left behind the digital revolution again – lol). 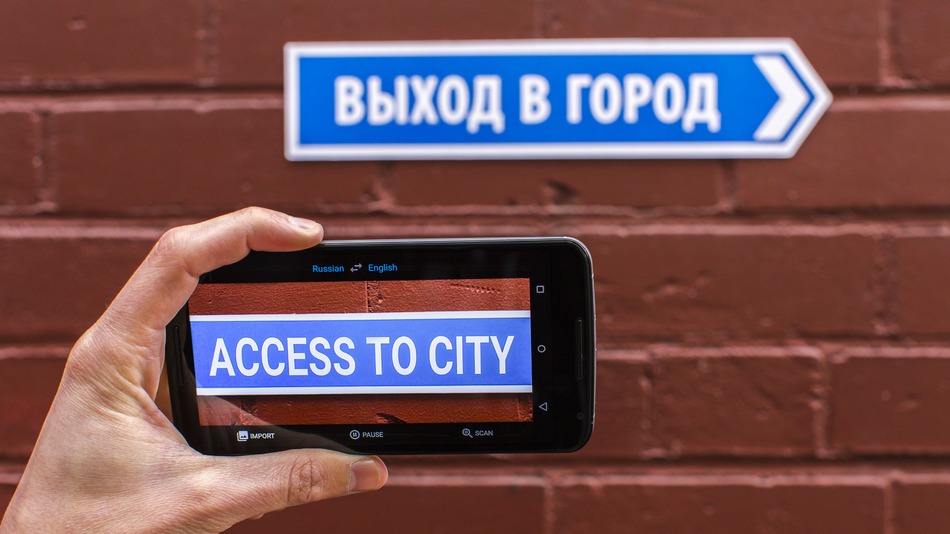 It was only recently that David Amerland said: “Images Can Be Translated” (http://goo.gl/Ag8G7P)  and he really meant “into words”, but Google went one step ahead in no time and not just created an algorithm to “see” what’s in an image but even how to translate it into a different language. Right there before your eyes.

How did it all started? Well nobody really knows, but I will give a big credit to the research done by Bettina Harriehausen-Muhlbauer and Timm Heuss in 2012 called ‘Semantic Web based Machine Translation’ (http://mt-archive.info/EACL-2012-Harriehausen.pdf).

Two things to point out in this research.

“Especially with translations, it is often crucial to understand the source text correctly, as otherwise ambiguities may result in incomprehensible target language translations”.

Context is the king when it comes to semantic search. Everybody knew that from the very beginning.

“One of the leading users of SMT is Google and Google Translate engineer Anton Andryeyev, who explains SMT’s essence as follows:

SMT generates translations based on patterns found in large amounts of text. […]

Instead of trying to teach the machine all the rules of a language, SMT effectively lets computers discover the rules for themselves. It works by analysing millions of documents that have already been translated by humans […].”

Correct me if I am wrong, but are we not talking about Machine Learning here? Way before we started discussing it in the Internet world.

Semantic search technologies are slowly but surely coming to our everyday life. As they say in the article “it may not solve all the world’s problems”, but semantic search is making our life a lot easier.